When going through this blog Eastern Congo Tribune, you might have been wondering about the blogger’s background. Even if you would have asked such question, it wouldn’t have been easy to concisely respond to it as my background is likely what I should have done. That is, I did not have an opportunity to exercise my potential talents; and hence not even sure if I may have been able to do that. I do simply introduce and present myself by presenting what I think I was able to undertake based on observation.

I am approximately 1.93 cm tall with roughly a weight ranging between 85-89 Kgs. Consequently, everyone would guess meeting a potential basketball, tennis or football player. Unfortunately, you seem to be wrong in guessing not because your experience is wrong; but just basketball, tennis and football or any other game discipline requires a favorable environment to get people evolving and undertake them. Several people I’ve met who are familiar with these game’s disciplines had asked me if I do/did play any one of these three games cited above. I do quietly say NO. Nevertheless, the response has always left my interlocutors unconvinced due to lacking opportunity to get the answer well captured by providing explanation of my background.

Maybe you still have time to catch up as suggested David Lee, if you want to have Tennis Tips for Beginners: Play Like a Pro, please visit https://tennisfocuson.com/tennis-tips-for-beginners/.

It is an occasion to let you know that my “dereliction” is largely in the hands of who has a responsibility to establish such leisure infrastructures. As I’ve grown up in village1 deprived with almost all public incentives, it would be unfair to blame my willingness and efforts. It was on my 15-16s that I had the possibility to see within a distance, probably twice-third times a basketball’s terrain/stadium. However, it wasn’t as exciting as it would be. Land and spaces scarcity to get these infrastructures established are not questions here, it has to do with political power’s concentration into the hands of irresponsible guys. In addition, the reader will remind that the area I saw that terrain was unsafe to the extent that it recalls young guys throwing stones to me and to other people we were together. The stoning was accompanied by chanting that “these tall people and their noses”. That is simply expressing that it was hard to even touch the basketball court within such chasing move!

Strikingly, you wouldn’t believe that I was so short in my 15-18s and my nose is still very fat. Sometimes, I was feeling not concerned with the chanting slogans even though it didn’t prevent me to get stoned as did others. I beg excuses and hope you don’t stick on this point because it isn’t being discussed in this article. It forms part and parcel of my experience and we need to move beyond such discriminatory experience and start building a bright future for our next generations. This is the only way to have the beautiful country moving forward, requires to getting our socio-cultural differences forming resources that anyone can benefit from.

You might also have despised my writing style and expression, especially in these foreign languages. At this point you are quit right in judging it and wouldn’t complain. It is a time to say sorry for that. It is because my potential career wasn’t writing rather playing basketball if I had such environment established. However, consider yourself if you had accessed a library in your 30s; while that library was seemingly outdated. It is until few years ago, almost 4 that I came across a library in the real sense. During my childhood the only available library around me was my dad’s bibles, a new testament in French that I used to exercise my reading and some church songs. That is it. Consequently, my writing style and expression reflect2 this background and I’ve never blamed this to my parents. In contrary, their eagerness to get me going to school has largely been an inspiration and encouraging.

Some friends of my age we grow up together had dropped out and left school due to lack of incentives around it. Right now, it is even hard to know their whereabouts though they constitute a large number, meaning they are as many as they wouldn’t have the same sentiment of school if there has been a public concern. Those who managed to survive killings and wars related consequences went displaced all around without hoping the future for their own and their children. I always feel troubled for being very unable to help them; while it seems that few things have changed since our childhood. These few changes are getting established by individuals and private organizations or associations. They’re not even resulting from what is considered as the public-private partnership; i.e, public structures haven’t yet realized their role. The role of government remains unseen within individuals’ progress.

Back to my talents, the only dance I can hardly exercise is something called “Igisirimba”3 and at least all church’s songs. I had also the opportunity to be member of choir within the church for few months. Subsequently, you wouldn’t ask me how work night clubs as they might require electricity to run. I feel hard to have had a night club using fire woods during the night shows. Beyond relaxing and enjoying, night clubs seem to be providing jobs for those whose beliefs don’t contradict. I wouldn’t openly state that my absence into night clubs resulted from my beliefs though it may be the case today.  They never existed within my neighborhood. Just imagine if I would have been potentially a good singer; the environment didn’t allow exercising this talent and I am sure it was possible based on my observation.

Finally, I wish you will admire my writing style and expression after realizing the blogger’s background. It is a consequence of an environment that didn’t allow me to undertake the right career. I consider blogging as learning process. I do get encouraged on the improvement rather than on what I should have done if… Blogging makes me enjoying and expressing myself while learning languages. I much appreciate your comments and observations to improving the writing career.

I am also good in Swahili and my mother’s language Kinyamulenge. I can be as good as those guys whose their first languages are French or English if I blog in Swahili and Kinyamulenge. Nevertheless, I need to learn English and French for widening my connections. Exceptionally, I do unwillingly speak Lingala in different circumstances. Though it is one of the national languages, I found myself obliged to exercise Lingala as I had to pay a “bribe/ransom” when caught by security servicemen during Mobutu’s era. For many years, this type of payment has been a practice and probably recently in my country as it even happened to get arrested for not having a “baptism card” and pay for. Surprisingly, the only allowed language to bargain this payment with security forces4 was Lingala; otherwise, you would have to pay much. Since then, I skeptically appreciate Lingala hegemony within Congolese society as well as confusion it creates for people unfamiliar of the country who think that we all have to speak Lingala.

The purpose of the article was to introduce myself and hope you have an idea of who am I. In case you feel saddened with this background, just help to voicing in order to have things changed for the future of our next generations. By voicing, I mean claiming our rights by being non-violent and not using guns as it has been experienced in different parts of the world. It requires to lesser extent prayers and fasting as much as speaking loudly up.  Just tell your public officials or your constituency’s parliamentary member that we need better treatment as it is for their own relatives or children. I wish future generations will enjoy and relax as did others in America, Asia, Europe or Australia.

1 My article: Would I have to wait 16 more years to identify who to blame in DRC? https://easterncongotribune.com/2013/11/18/would-i-have-to-wait-16-more-years-to-identify-who-to-blame-in-drc/

2 My article: You haven’t ever met that “Star” leading to State/Safe house to upbraid the least Journey Keepers in Eastern DRC https://easterncongotribune.com/2013/11/20/from-safe-to-state-house/

3 It is a mixture of music and dance that has borrowed Congolese dance into the church’s songs. It has originated in Mulenge and well admired by many youth as it makes people enjoying and praising God within such mixture. Click to see how it goes on http://www.youtube.com/watch?v=yJfIu7k2-k0

4 As security forces were uncontrolled, it was even possible to get caught by people who used Lingala simply though not part of the security services. They had to survive by these means of looting or bribes payment of those arrested.

Tweet
About admin 389 Articles
PhD fellow @ErasmusUnivRotterdam/ISS: Microeconomic Analysis of Conflict. Congolese, blogger advocating 4r Equitable Redistribution of Ressources & national wealth as well as & #Justice4All #DRC In the top of that, proud of being "villageois" 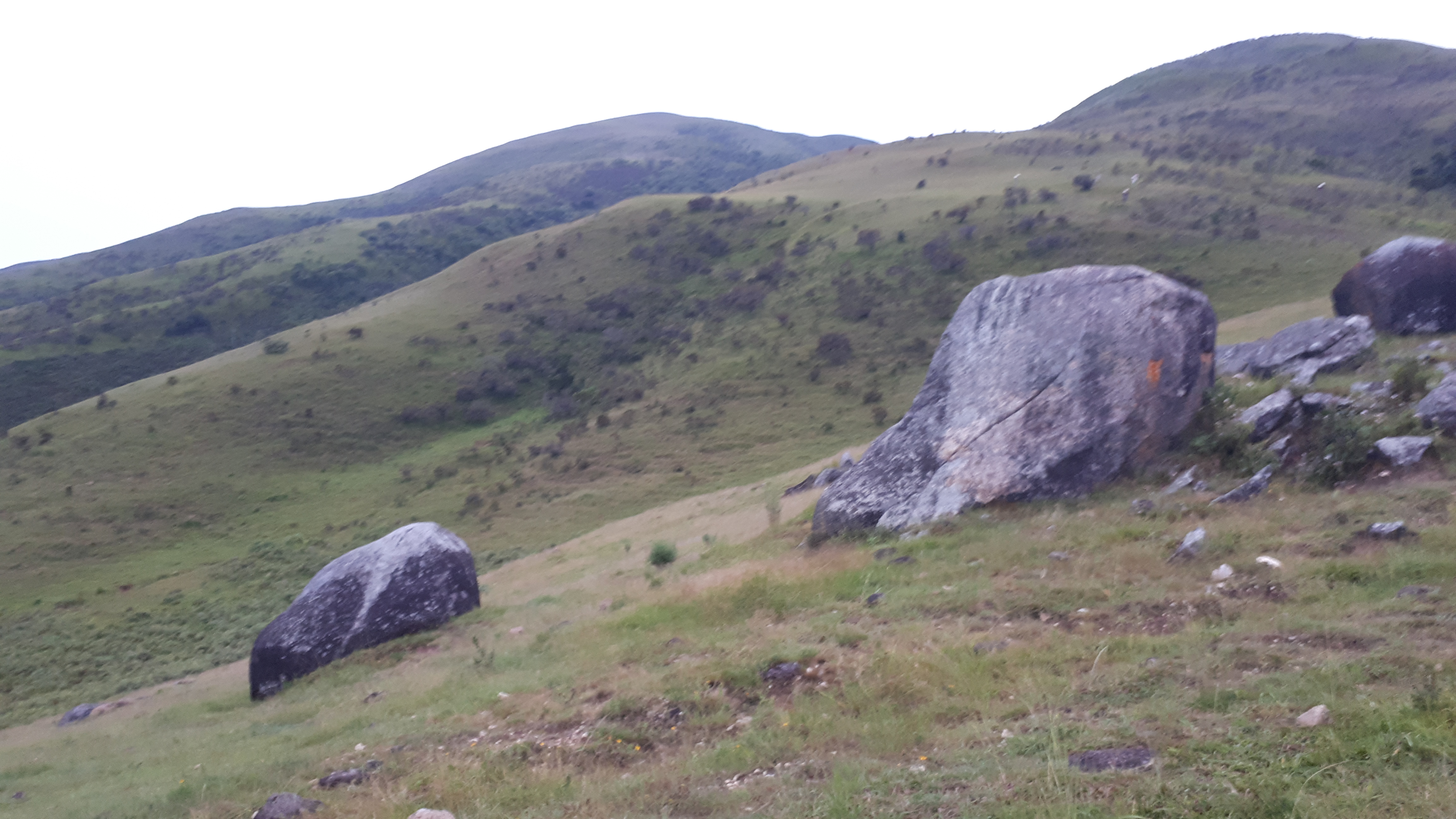